Home » Publications » Attitudes and Opinions on Society, Religion and Politics in Kosovo
Publications 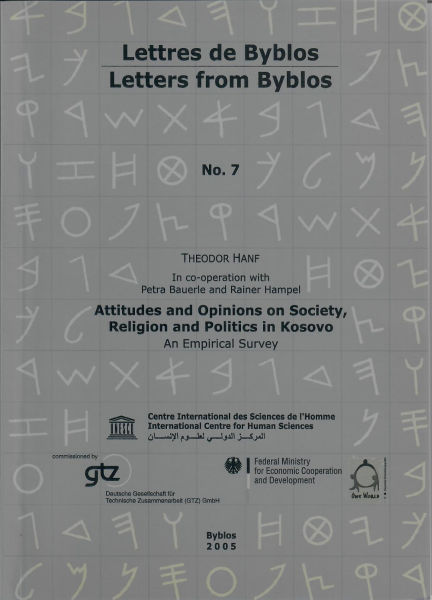 Attitudes and Opinions on Society, Religion and Politics in Kosovo
Theodor Hanf

Is it important to know whether the people of a country have democratic attitudes or not?

There are cases of democratic systems being introduced into societies, in which the majority of the population did not necessarily hold democratic view. Through a favorable combination of circumstances, not least intentional influences, democratic institutions took root, functioned passably and were not opposed by well-organised and determined anti-democratic forces.

But democracies without democrats remain the exception, and short lived. Either the success of the system encourages people to take a more favorable view of it, until eventually democrats are in the majority,  or democracy collapses.

A more common case is that of states adopting a democratic form of government because an authoritarian regime had nothing more to offer. Whether this transitional democracy manages to consolidate itself depends not only on continued rejection of a undemocratic system, but also on whether democracy gains the approval and support of the majority. And this is possible only if a majority in the population understands what democracy means.

This is the motivation behind all efforts and endeavors to spread and promote democratic ideas and an understanding of democracy.

To do this efficiently and selectively, it is important to have some idea of who in which society is democratic in which way-and especially who is less or not at all democratic.