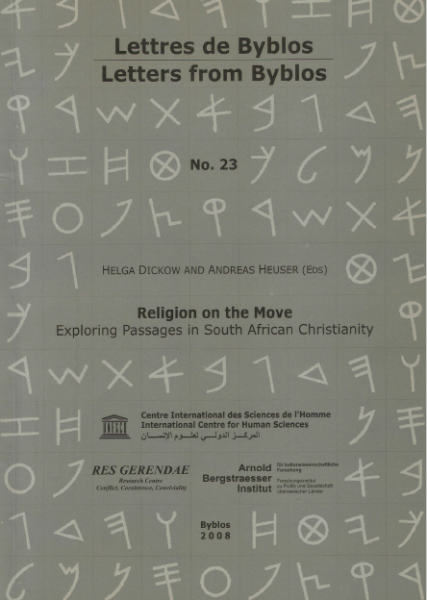 Portraying “religions on the move”, a notion brought up by Klaus Hock, this volume presents different studies on religious topography especially in South Africa. The emphasis is on changes in the perception and public representation of diverse religious movements and certain traditions within the contemporary African Christianity. In an interdisciplinary approach the authors enter the playing ground of definitions of religious movements exploring the interaction between media and religion, they document processes of internal adaptations to changing socio-political contexts, they discuss conversion experiences in a transcultural  dimension, or relate to the transnational influence of African churches in the European Diaspora.