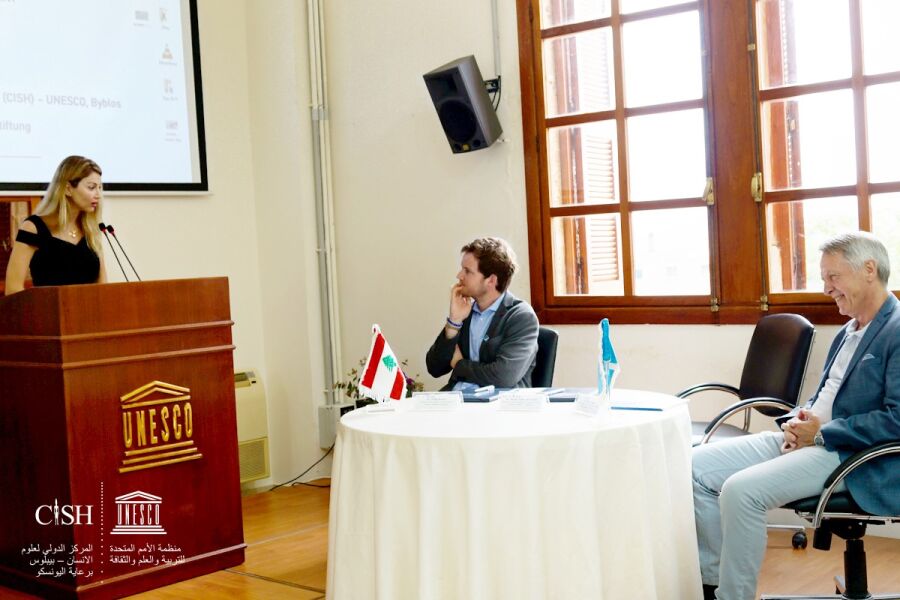 The KAS delegation was presided by Mr. Philip Bremer – The rule of law program director, and by the former director Michael Lange along with the KAS-Rule of Law team, who were received at the CISH by Dr. Darina Saliba Chedid – CISH Director and the Program Coordinator Miss Vanessa Sfeir.

The celebration began with Lebanese and the German national anthems and a welcome speech from Dr. Darina Saliba Abi Chedid in which she hoped the success and continuity of this cooperation especially that both parties share common goals and values. Mr. Philip Bremer had praised in his speech the professionalism and seriousness of the CISH team and wished a great success for this cooperation.
At his turn, Dr. Michael Lang, concluded by welcoming the relaunching of this cooperation between the CISH and the KAS that was initiated by the German CISH director Theodore Hanf and was interrupted after the end of his mandate. Hoping that his cooperation will empower the upward trajectory of the center, which is beginning to regain its position despite economic difficulties.
The signing ceremony was then held, with a cake cutting and a toast on occasion.