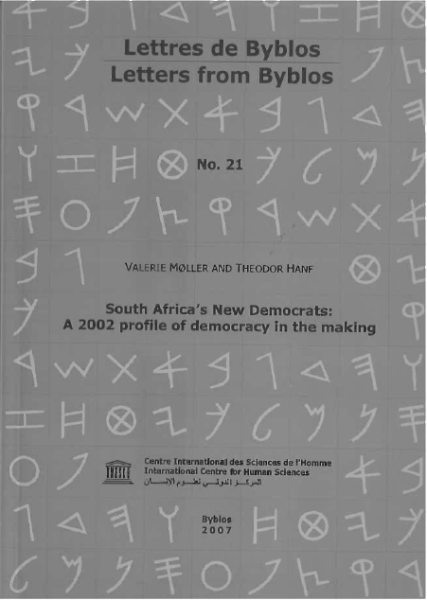 South Africa’s New Democrats: A 2002 profile of democracy in the making
Valerie Moller And Theodor Hanf

South  Africa’s dramatic conversion to democracy has been heralded as a modern-day miracle. In former Nobel peace prize winner Archbishop Tutu’s words, it was ‘touch and go’ whether all conflicting parties would participate in the first non-racial elections in April 1994. The ‘rainbow nation’, as the new South Africa liked to call itself in the first years of democracy, was heralded as a beacon of hope and enlightenment for Africa and the World.